Meet the Evolutionaries and how you can meet them one day! Click the button to explore their individual work.

Karishma Bhakta
She has grown up in the coldest region in the world, Antarctica. At a young age, she survived on ice where she was the daughter of a Geologist. She went to Hogwarts School of Wizards and Witchcraft when she was thirteen. She had once saved the world against an evil force. Karishma continued to study in 2000 she graduated from Stanford University with a degree in Creative Writing. She has worked all over the world to analyze the issues. On her free time, she enjoys riding horses and skydiving. You can find her strolling around at her favorite location which are Chipotle and the AMC.
Bhakta

Rico Lumantas
Rico L. is a researcher for Evolutionaries. Although he is reluctant to tell you where he went to school, he will tell you some other random things about him. For one, he loves to travel frequently and has been to probably almost every place you can think of.  He also loves to base jump and hike wherever he goes. The reason he became a member of this group was because wherever he went, he tried his hand on everything he could. With his experience in many things, he hopes to bring together everything he has learned in order to help this group bring creative ideas alive.
Lumantas

Shirley Ho
She was born in the United States but grew up in London. At the age of thirteen, she attended Hogwarts along with Karishma. After, she traveled the world in search of a purpose in life and she found it in the Evolutionaries (Karishma had invited her to join them a long time ago but she finally agreed a few months ago). She's a professional award winning chef and patissiere who owns some of the most successful eateries in the world. She's also the one who cooks most of the food that the team eats. She now lives with her family in the eastern part of the United States while working hard with the rest of the team.
Ho 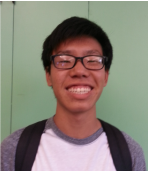 Kalvin Lam
Kalvin is a time traveler being able to only jump from the present to the past. He graduated from his local college and because of his abilities he became an historian. After jumping back in time, Kalvin became the inventor of the internet and now lives a comfortable life with all the money he made. He spends his time now going back in time and reliving historical moments in history.
Lam

Amanda Cheng
Amanda was born on an unknown island.  She traveled and traveled to find a place that she felt like she belonged.  Amanda studied in different schools in different countries feeling hopeless and lost.  Then she came across a couple of people who welcomed her into this think tank.  She was unwilling to join at first but they were able to convince her to take a part of this team.  She enjoys watching movies and playing sports in her free time.
Cheng 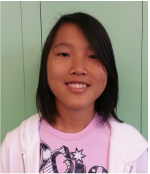 My Tran
She was born with a congestive heart failure and cleft lip and palate. The doctors performed a surgery on her to fix the cleft lip and palate. Her congestive heart failure condition, however, requires a major heart transplant; thus, the doctors decided to give her medication and wait until she  is older to undergo the transplant. Because of the illness, there were many activities that she could not do. While other kids were playing and running around, she had to sit and watch them, wishing to be able to join them. One day, she suddenly fainted, and was sent to the emergency room. The doctors discovered that her heart is failing at a faster rate than before, and decided to do the operation right away. Fortunately, she survived the operation with her fragile body. Although, the recovery road was long and hard after the surgery, she continued to fight her way through with the support of her family and friends. She is now a successful doctor who is currently researching more effective ways to treat people with congestive heart failure.
Tran

Patina Hunt
The secret great-great-grand-child of Sacajawea and William Clark was taught how to hunt at the young age of 7 months. Only she did not know of her rich past until her recent discovery because of her life as an orphan.It was only a matter of time before she discovered hunting as her desire and her reason for living. Sadly her adopted parents did not believe in the art of hunting and she practiced behind their back. Studying this delicate art became harder and harder to keep a secret when she ranked a world champion in the archery Olympics but she moved to Harvard University to study human and animal nature development as a decoy and with her knowledge from her courses she took on a whole new level of competitive hunting.This lead to feed her hunger to hunt, and she saw even her own family as prey. Although recently she was discovered to be a mass murderer in her native country of Bolivia. She spends her time in the cell attempting to fix what she has done by opening a new mental hospital with new efficient technology to try to help these lost souls with a promising future. And now she shares her thoughts with you to change her past footsteps in time.
Hunt

Lin Tian
Lin Tian was born in China and arrived in the United States in 2006. Having spent two years to seek her future career. She finally found a calling in Finance and Business. She wants the be the richest person in the world. In order to do that, high level education is necessary. Lin was able to transfer from ELAC to UC Berkeley, Haas School of Business. She later continued on to study for her MBA at Harvard. Lin is not only interested in investing but also care about social issues such as bullying. She joined in the Evolutionaries, hoping to find a solution to solve world problems.
Tian
DISCLAIMER:  This website is the result of a school project. We are striving to become intelligent researchers, but we are not an actual think tank for hire.